I am from the Midwest, where we have tornadoes. A lot. In fact, a few years ago, we had tornadoes every Friday night. It became a matter of habit to pack the “emergency” bag, and spend Friday nights in the bathroom.

A friend from college had moved to Texas that year, and was being evacuated due to a hurricane. She called me, and said it was strange, because she didn’t know what to take. In the case of a tornado, you know what to do (grab the cat, the medicine basket, the purse, and take shelter). When you have twelve hours before you have to leave, you end up vacuuming under the couch, it turns out.

The recent tragedy in Gatlinburg struck close to home. We had decided to return there next spring, and, praise God, the campground where we stay was spared from damage. But as I watched people from that area post pictures on social media, and I listened to accounts of life and property lost, I couldn’t help but pray that these people have/had salvation.

At the same time last week, on Twitter, some pro-LGBT group got ahold of a tweet I sent out over a month ago, and decided it was my turn for some trolling. I ignored it all, but to my amusement, they all assume I’m going to hell for wearing clothing of mixed fabric (because apparently no one ever teaches about Leviticus correctly these days). I wanted to respond that I am most assuredly not going to hell, because I am confident of my salvation in Christ, but pearls before pigs and all. 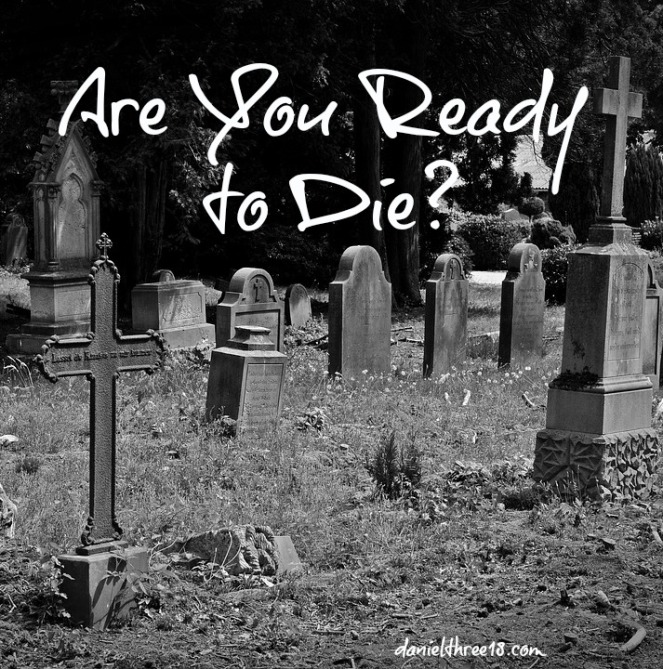 However…are you ready to die? I think that is a valid question everyone, whether they think they are a believer or not, needs to ask themselves. Are you confident that have been washed in the blood of the Lamb?

We live like we have all the time in the world…we like to think we can live however we want, and then we can “come to Christ” when tragedy strikes, or when we are on our death bed.

But what if there is a tornado? A fire? A drunk driver?

(in fact…do you know how many people have been killed in the Indianapolis area in car accidents in the past few weeks? it’s ridiculous and scary)

Do you know that you are a sinner?

Do you know that the penalty for your sin is eternal separation from God?

Romans 5:8: “But God demonstrates His own love toward us, in that while we were yet sinners, Christ died for us,” and Romans 6:23b: “the free gift of God is eternal life in Christ Jesus our Lord.”

Do you need to have this conversation with someone that you aren’t sure knows these things?

Time is so, so short, and I truly believe it is getting shorter by the second. If you have questions, please contact me. I would love to talk to you about Christ! 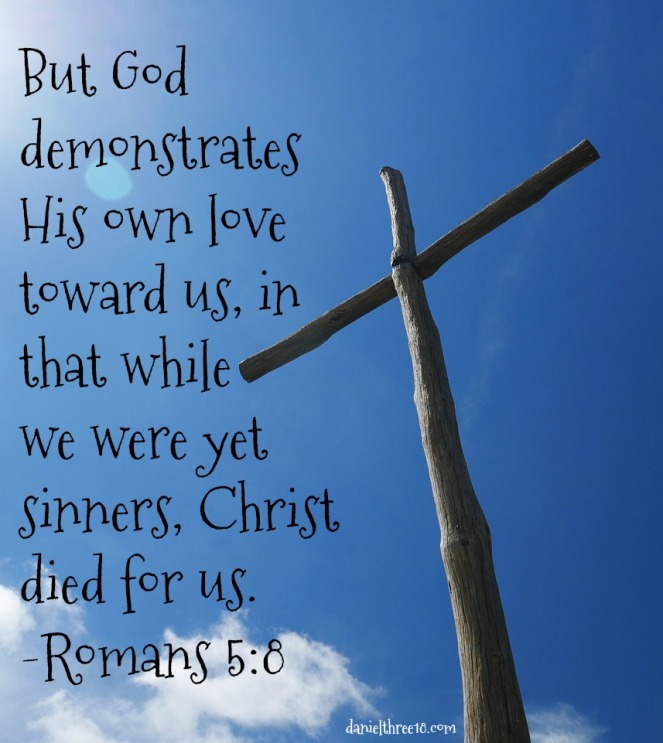 3 thoughts on “Are You Ready to Die?”